The Wonderful World of Wimbledon

Wimbledon is in full swing: strawberries and cream and crowds of people in ponchos shivering in the rain on Henman Hill – what could be more British?! 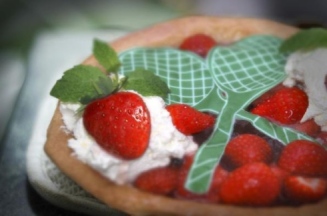 Like all sports, tennis is all based on numbers. But, unlike sports like football, there isn’t a simple one-nil scoring system; instead we have scores like thirty-love and deuce. So, where did it all come from?

There are mixed opinions out there. The most common explanation is that it comes from Medieval France, when they used a clock face to help them with scoring. They would move the hands to 15 minutes, 30 minutes, 45 minutes, then 60 when they won the game. When deuce came in, the 45 changed to 40 – they would then move the hand to 50 when there was an advantage, then 60 to win the game.

But here are some other fascinating numbers from the world of Wimbledon:

You are currently browsing entries tagged with wimbledon facts at Maths Star.